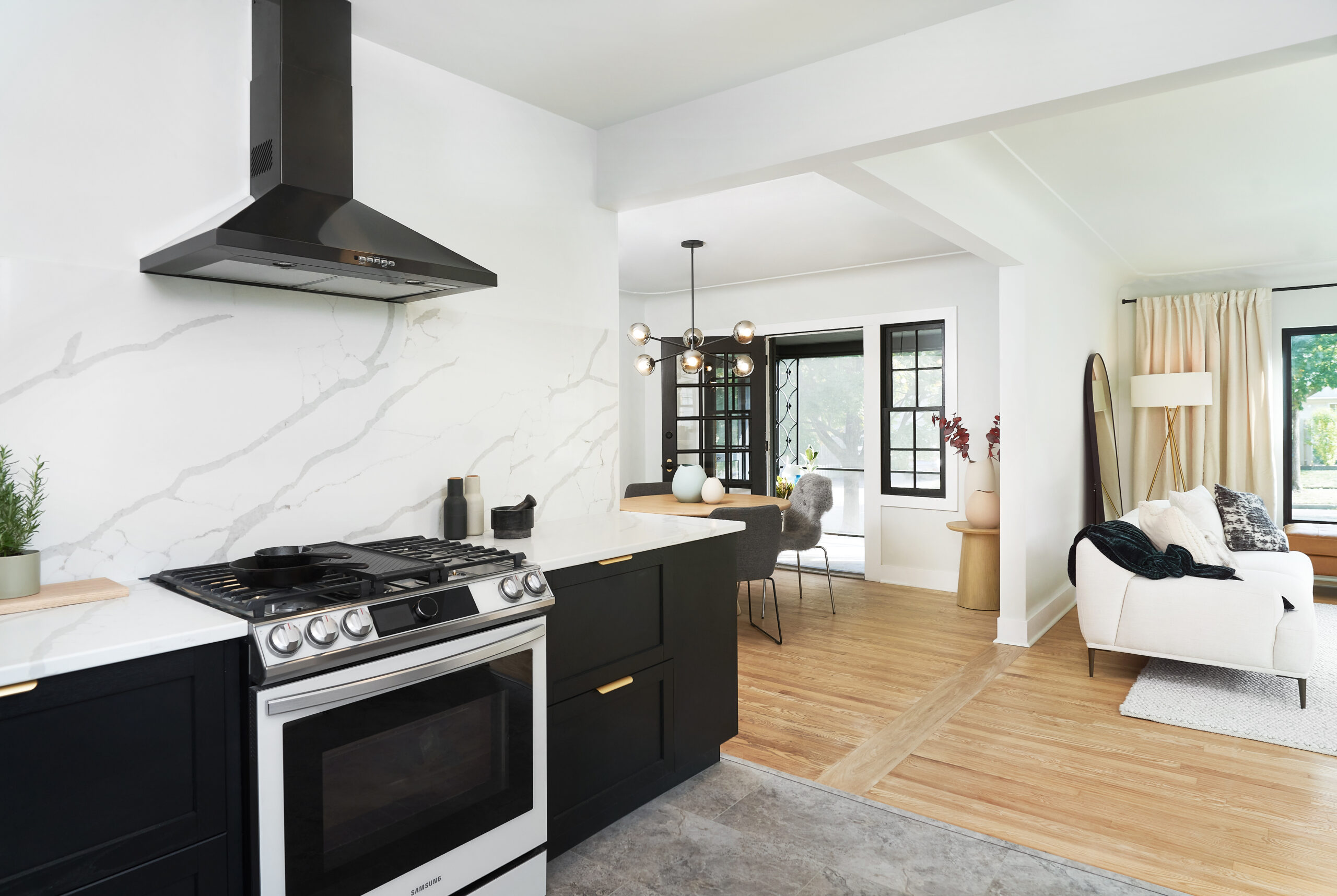 This cute cottage style brick home was built in 1941 with 1300 square feet, 2 bedrooms and 1 bath with a detached 2 stall garage. The basement was outdated T&G wood paneling, the main floor was very congested and previous owners had caused some problems with their DIY renovation. Windows needed replacing and the yard was a disaster. Our repeat client, designer Alexis Mortimer-King of Grand Rapids and owner of ByDesignHomes purchased the home in late 2021 and work began in early 2022. Alexis’ vision was to open up the congested main area between the kitchen, dining, and living rooms. She also wanted to replace all the windows, redesign the kitchen, and add a full bathroom to the attic.

This home, like many we see, had previous renovation work completed without care for building code or safety and much of that work had to be undone and redone. Difficult transitions between rooms, cracking plaster, new electrical panel, and difficult framing were the biggest challenges we faced.

We began with removal of the walls in the living/dining area. This work was particularly challenging. We needed to support the second story loads all the way to the foundation which meant installing additional posts in concrete footings in the basement, and pushing two sets of double LVL beams up between the existing plaster walls which were about ¼ of an inch too narrow to fit comfortably. The curved plaster ceilings are a feature we really want to preserve in most homes and replicating the design if damaged can be very difficult due to the differences in materials used and the skill needed. Thankfully our top notch drywall team was up to the challenge and was able to repair the cracks we made and refinish the two sides of the new header to look exactly like the original!

We also turned an existing coat closet into a functional pantry space that really gave the kitchen the extra space it needed. The tub and tile in the main floor bathroom was glazed a brilliant white and the basement walls were painted white as well with new LVP leading down the stairwell.

Next we took on the second floor bathroom. This area of the attic was a tight space to begin with so our options for shower placement and size were all custom. We utilized an existing closet to create a cove for the shower and an area for a bench seat. Ultimately we were able to fit everything we wanted into the small space and the new bathroom was certainly a major selling point!

The before and after photos say it all. Features include tiled walk-in shower, with frameless glass door, new trimless fiberglass windows by Pella, new wide open floor plan, tiled kitchen backsplash, new pantry, new trim and new kitchen with custom range hood. Fresh paint everywhere and a few exterior finishings and this beauty was ready to go to market.

The house sold after only a few days on the market and we are so lucky to have had this experience working with Alexis again.

If you have a home that needs a lot of love like this one, please schedule a consultation today and we will help you love your home again.

Before of kitchen, dining and living room

after of kitchen, dining and living room

Before of attic space turned bathroom

After of attic space turned bathroom

**All after photos are credited to https://ashleyavilalifestylephotography.com/

PrevPreviousHow to Start A Home Remodeling Project
Back to all projects 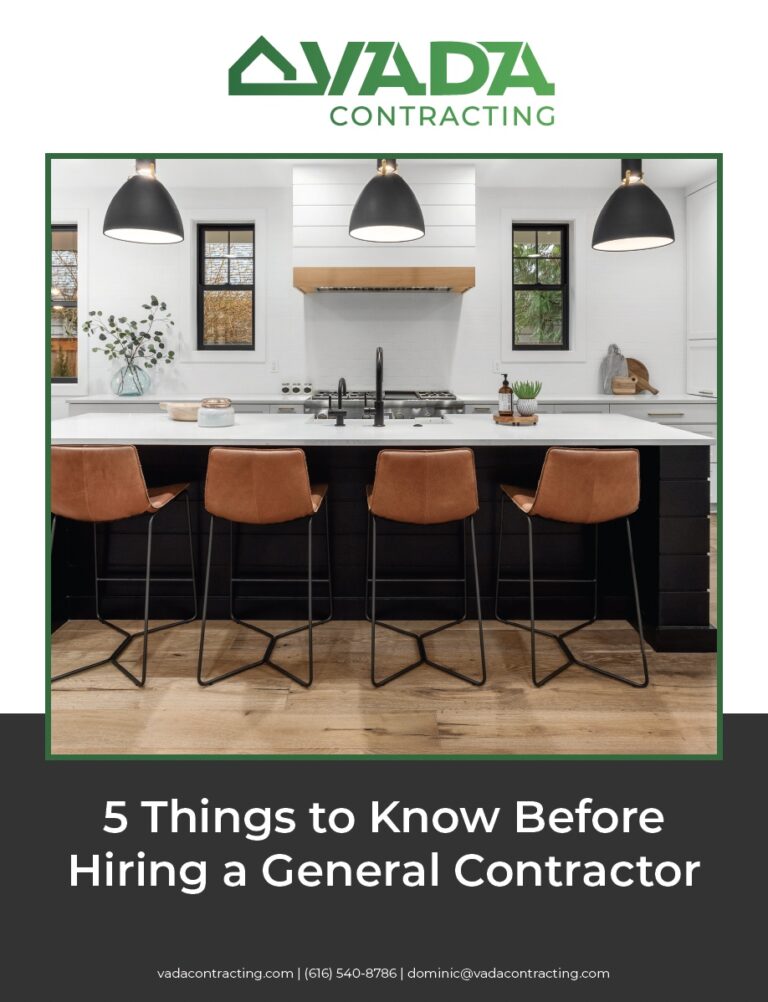 Don’t trust your home to just anyone.

Make sure you hire the right general contractor with this free guide.